Back to Other Southwestern Scenes 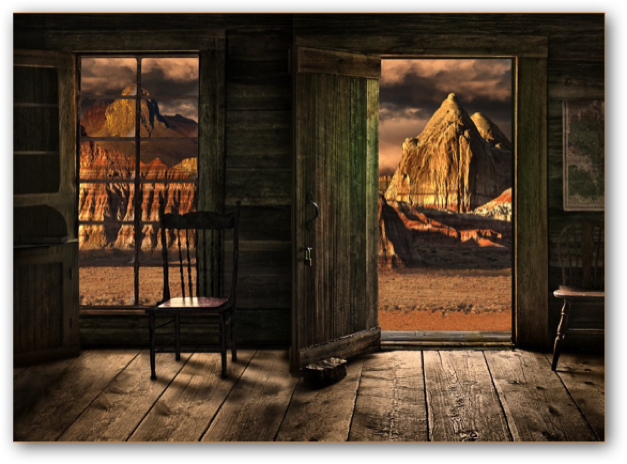 Awards for this print:

The cabin is in the ghost town of Ashcroft, Colorado, outside of Aspen.    I had a very rough photo of it and had to do exensive work to make something of it.   I even went back there to redo the photograph, but they had turned the cabin into a store room.        The exterior (this being a composite)   was originally  a scene  from one of my  backpacking trips,  and it (the backround outside the cabin photo)  was actually at 12.000 feet.  However, I later changed my mind and used a scene from the area of Lake Powell Utah, just west of Page Arizona.  I left the name as  "Cabin at 12,000 feet"  and  while few have questioned it,  the PPA judges said "we would have given you loan status on this (a very high honor), but we just didn't buy that the cabin was really at 12,000 feet".  They were right.